If you do it, others will too

Utilitarian economists,  Skeletons of schoolmasters,  Commissioners of Fact,  genteel and used-up infidels, gabblers of many little dog’s-eared creeds,  the poor you will have always with you. Cultivate in them, while there is yet time,  the utmost graces of the fancies and affections to adorn their lives so much in need of ornament; or, in the day of your triumph, when romance is utterly driven out of their Souls,  and they and a bare existence stand face to face, Reality will take a wolfish turn,  and make an end of you.

Warm spring days have brought out the desire for salad, fish and chips. Although, maybe fish fingers are a bit of a stretch. I’ll be cooking Carrot chips more often in the future. Iconic Bavarian fundamentals include Bratkartoffeln, Kaiser-Semmel and cucumber salad, although this modern adaptation was with pear, rocket and parmesan. 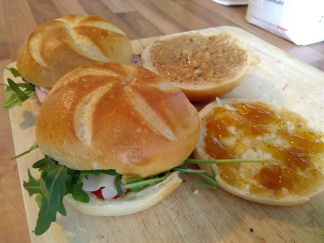 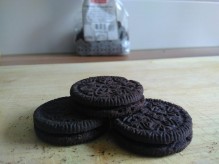 Continuing the delicious breakfast fruit smoothy and cereal trend. Variety of open topped grilled baguette sandwiches for lunch with Leberkäse, cheese, rocket, gherkins and tomatoes. Plus peanut butter and Nutella. Lots of Lemon infused water during the day. Rosita’s Chili Mango Chicken Burrito with a Johannisbeere Schorle for dinner and a browny with vanilla ice cream and chai latte for supper. 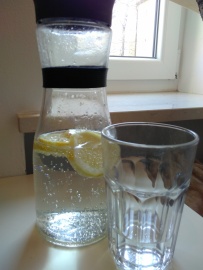 Lidl Nut flakes with strawberries, a coconut and banana smoothy and coffee for breakfast. Multiple glasses of lemon infused water throughout the day.  French toast from stale Ciabatta bread and left-over Salmon and Asparagus Penne Pasta for lunch. Salmon, rocket and red onion balsamic reduction pikelets made from left-over waffle mix for dinner. Apple and peanut butter pikelets for dessert. 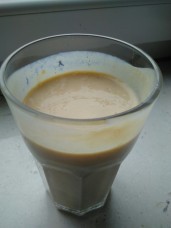 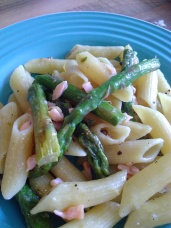 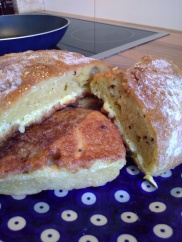 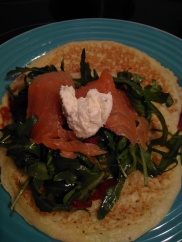 Photo credits: All me except the Lemon infused water.

Sunday waffles and coffee! A bike ride down the Isa. A Mandarin spritzes and some fries to share because someone needed glucose and someone else needed grease. A Swedish meatball snack with mushrooms, zucchini, couscous and gyros yoghurt, just for me. Penne with Asparagus and smoked Salmon for dinner. Topped off with a hot chocolate. 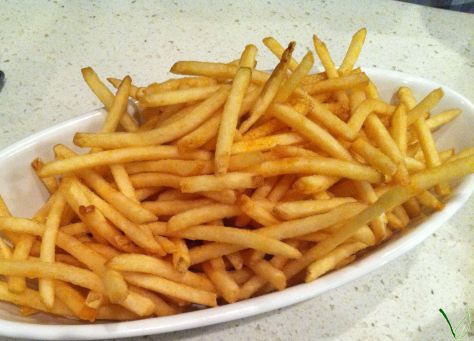 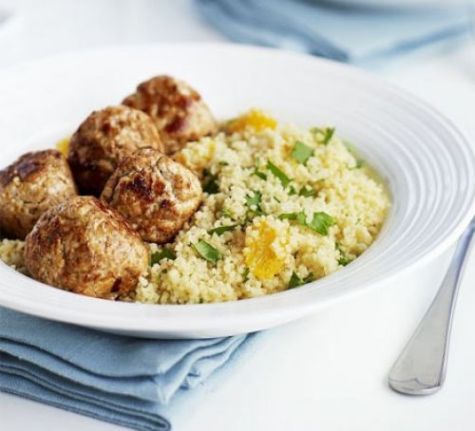 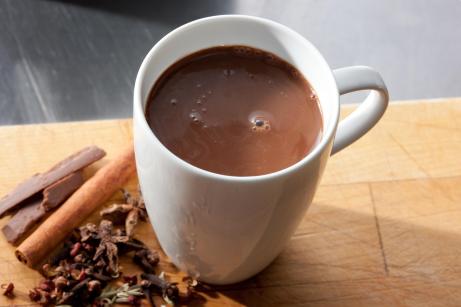 Warm croissants with jam and Nutella for breakfast with a coffee. Scones and Spezi for morning tea by the river. Dinner was Schupfnudeln (German Potato Pasta similar to Gnocchi) with White Saur Kraut, brussel sprouts, smoked ham, Gyros yoghurt and cracked pepper.  Good preparation for the Stark Bier Fest and 2 x 0.5L of Lowenbrau’s very drinkable and dangerous 7.6% Triumphator Doppelbock (Strong Dark beer). There was also half a pretzel with obatzda (German camembert and cream cheese spread made with beer) somewhere along the way. 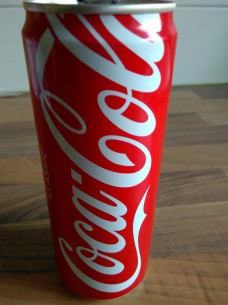 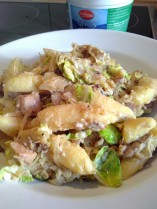 The information age is upon us and has brought with it the concept of ‘digital nomadism’ and the 21st Century Career. We have more flexibility in the work-force than ever before, yet the current highly ranked corporate employers are losing 1/4 of their workforce every year. What is really interesting is that this paradox of labour and productivity was foretold nearly 200 years ago by Georg Wilhelm Friedrich Hegel, a German philosopher.

Hegel provides an argument that humans are social, political and cultural beings motivated (unknowingly or not) to participate in society on three levels – familiar, civic/market and state/government. This is counter to the view of John Stuart Mills and Adam Smith that we are first and foremost Homoeconomicus – selfish, perfectly rational individuals motivated to provide labour in return for a salary bound by a contract. Regardless of our motivations, the main way most of us participate in civil society is still through our provision of labour to produce services and products deemed useful by the market. This is equally as true now as it was in the 19th century when Hegel was prolific.

Hegel used the story of the Lord and the Labourer to demonstrates how participation in the labour market impacts upon our ability as individuals to become fully human and fully aware – able to recognise ourselves as individuals and simultaneously as an integral part of society. He also uses the story to warn us of the dangers of the abstraction of labour, particularly through the use of ‘tools’ (think computers).

In the story, the Labourer is able to quantify and realise his contribution to society by transforming natural resources (including time) into produce (commodities and services) that are sold on the market. The labourer achieves awareness of his own boundless capability for creativity and productivity, even if he does not own the produce created or if it was done to satisfy individual needs (to generate income). In contrast, the Lord is lacking self-actualisation because he has not contributed a part of himself to the development of the produce that society values, and yet he has generated an income (profit) from it. Freelancers and self-employed folk not being very common in the 19th century, the work of almost all labourers was performed for the Lord, who sold it and kept the profit.

As a result of the labourers’ efforts, the commodities that he produces and then sells become the method by which he is recognised by others. This simultaneously alienates the individuals’ identity from his true-self, whilst granting him an identity amongst society. He becomes a member of a community, known for produce of a certain type and perhaps of a certain quality. Furthermore, the labourer recognises the illusion of self-sustenance and understands his mutual dependence upon the produce of the community, thereby confirming the social motivations to cooperate with the community.

Labour then is not an instinct, but a social construct where the individual acquires skills necessary for work only by learning universal laws of work, a kind of practical education which instils in people the spirit of cooperation. Therefore the ability to contribute, to provide labour, to produce, and to see what we produce sold on the market is integral to the integration of our identities into the identity of the community/society and vice versa.

Now add to this that Hegel identified that the particularization of labour and separation of it from nature through the use of tools decreases the value of labour by the same proportion as it increases productivity. His intention was to show that the industrial revolution and the factories it created would lead to increasing levels of worker dissatisfaction, disillusionment and disconnection from society.

Without a connection between nature, our work and our community, we are bereft of any understanding of our place in society, our contribution to the greater good and as a result, we are likely to be fairly unhappy in our work. The resurgence in the production of boutique, tailor-made, and bespoke artefacts or the sacrifice of job security for impact, autonomy and passion in the workplace can then be seen as an effort to connect again with nature and our communities respectively, rather than the restless, impatient, irrational decision of an ADD driven millennial.

This post relied heavily on Paul Ashton’s ‘Legacy of Hegal’ Seminar at the University of Melbourne for the interpretation of Hegal, analysis and application to job satisfaction is purely the authors.

Liquid breakfast of banana and mango smoothy plus coffee. Mandarins throughout the day. Two bowls of one-pot broccoli, mushroom and parmesan spaghetti for lunch. Fresh baked spinach and cheese scones with cream cheese and leftover quiche for dinner and two Dunkel beers at the Bavarian Billiard Hall for dessert. 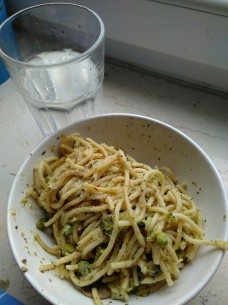 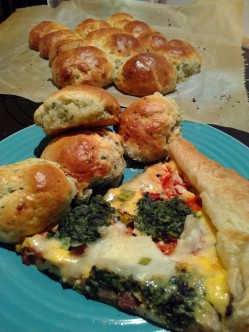 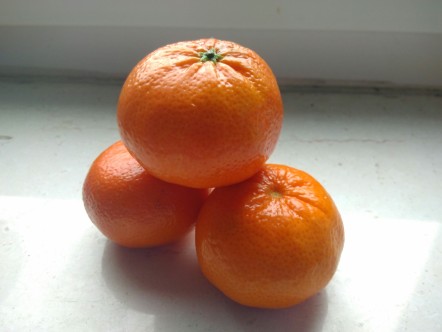